Canadian medical marijuana company Tilray gets ready for layoffs - Is the industry losing its high? 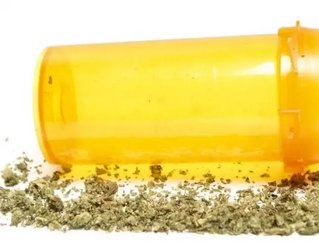 Originally reported by CBC News, a certain Vancouver company is laying off employees. Specifically, Tilray, one of Vancouver Island’s largest medical marijuana growing companies, is giving the boot to 61 employees. And while the team behind the business has mentioned that its loyal patients will not be negatively impacted, a certain question has still come to light: is the medical marijuana industry in Canada suffering?

RELATED TOPIC: If Canada’s medical marijuana industry is burned, who will suffer?

It was just back in 2014 that Tilray opened up its Nanaimo facility. Then, the company employed nearly 200 workers, making it a high profile business in the region. However, times have clearly changed.

“Tilray is making changes to our operating model to more efficiently serve patients and the MMPR market as it exists today,” CEO Greg Engel stated.

This is quite a change for the company. In fact, Tilray has traded one side of the spectrum for the other. Last year, numerous jobs fairs were held, as well as detailed information sessions to try and get qualified workers to fill positions.

In March, the Nanaimo Economic Development Corporation revealed that Tilray had generated more than $48 million for the local economy last year. Furthermore, 395 jobs had been created during the company’s construction and operation phases.

So what happened? Is the pot business going up in flames?

Surprisingly, Ted Smith, the founder of the Cannabis Buyer’s Clubs in Victoria, Canada isn’t shocked by this recent announcement of the downsizing of operations.

In a statement, Smith said, “A number of companies that have been authorized by Health Canada have been very aggressive and I believe overestimated the profits that they’ll be able to make off patients in this short amount of time.”

He continued with, “I think we’d be doing a lot better by having dozens of smaller companies than having one large company controlling the market.

There it is: the medical marijuana industry doesn’t seem to be suffering; there are still plenty of patients who need weed for various conditions and diagnosis. However, Tilray may have acted too quickly in forming an oversized team. In this specific instance, bigger isn’t better.

For the latest news in healthcare, make sure to visit our sister brand Healthcare Global.

RECENT TOPIC: How Canadian companies can avoid being ripped off