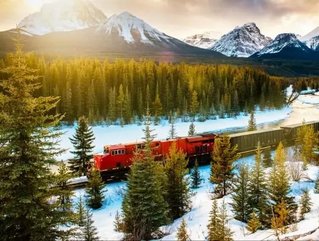 The Canadian National Rail Company (CNR) has beaten its previous grain crop transport record, carrying a total of 21.8mn tonnes in the 2016-17 period, but warns that further progress could be halted if infrastructure investment is not forthcoming.

The results have largely been down to CNR optimising its supply chain, having shipped 7% more grain in the past six months compared to its averages for the same period over the last three years.

"We did this by further developing our supply chain ingenuity with our partners to meet demand, resulting in improvements in the use of equipment and better than ever efficiencies in size of trains," said CNR’s Vice President of Industrial Products, Dough MacDonald.

However, the company have claimed that additional rail infrastructure is needed in British Columbia if it is to continue to increase its output to meet forecasts of growing export demands.

"Vancouver is a vital trade-oriented Canadian gateway and should be a top investment priority for the government's new national transportation corridor infrastructure fund," MacDonald continued.

The government announced that C$10.1bn will be committed to transport and trade projects over the next 11 years in the most recent budget, with a focus on optimising national supply links and trade corridors.

With the submission deadlines for infrastructure spending being 5 September, CNR will be hoping that rail expansions are considered to meet forecasts in its freight sector.