The Canadian Property Boom - When Will the Bubble Burst? 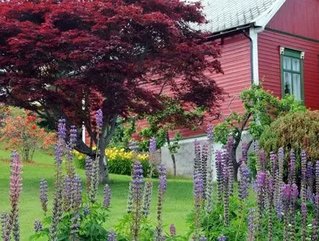 You can’t open the paper without reading doom and gloom forecasts for the Canadian property boom, making it an anxious time for would-be buyers who are desperate to know if the bubble is about to burst.

The latest statistics from the Canadian Real Estate Association (CREA) have helped to ease concerns about an imminent crash, however, with many experts suggesting a moderate correction in values may now be more likely than a major crash.

National home sales for the month of January 2013 were up 1.3 per cent from December 2012, the fifth month in a row that sales activity has showed little change, despite warnings throughout this period that a crash was about to happen.

The levels of activity have remained fairly unchanged since the sharp drop back in August, after mortgage lending rules were tightened.

According to the CREA, home sales increased in around half of the local market areas compared to the previous month, with the greatest sales increases occurring in Edmonton which enjoyed almost 10 per cent more sales, followed by Greater Toronto (up 5.6 per cent) and Greater Vancouver (up 4.7 per cent).

“There is little news to report about national sales activity, which continues to hold fairly steady at the lower levels first reached when mortgage rules were tightened in mid-2012,” CREA’s President Wayne Moen said. “That said, things are becoming more interesting among local markets, with improving sales in Vancouver and Toronto likely to come as something of a surprise to some.”

With posted decreases in year-over-year sales and predictions that house prices will continue to rise, fears about a bubble are not without grounds. However, economists disagree about the likelihood of a crash; while some warn that a US-style crash may be ahead, others argue that Canada has avoided many of the mistakes made in the US housing market and that its tighter lending and banking regulations have prevented prices getting too far out of control.

With interest rates low and expected to remain low – the Bank of Canada has said that soft economic growth and tame inflation means it has no imminent plans to increase the 1 per cent  key lending rate put in place in September 2010 – many experts expect future house sales figures to remain fairly steady. The market may be fraught with nervousness, but today’s homebuyers can at least benefit from the lowest mortgage rates Canada has ever offered. The 1.35 million mortgage holders who renewed last year saved an average of $2,000 in annual interest costs, according to the Canadian Association of Accredited Mortgage Professionals.

With disagreement among the country’s leading economists, it is difficult to predict the future of the Canadian housing market. However, with the spring buying season now beginning, many leading economists now hope that fears about a crash will soon prove to be unfounded.