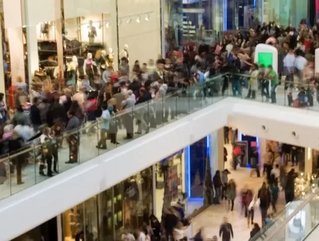 Despite a rise in interest rates, retailers successfully reported a continuation of strong sales, edging up by 0.1% between May and June to nearly $49bn.

The Bank of Canada raised interest rates to 0.75% last month in the wake of strong consumer spending, the first raise in seven years. However, despite the 0.1% growth reflecting a slight cooling compared to a 0.3% rise in the previous month, the continued climb in sales is still enough to warrant another interest rate hike before the year’s end.

Statistics Canada stated in its report that, excluding automotive and gasoline sales, the retail sector grew by 1.1%, with total sales volumes up 0.5%.

Those that saw the strongest results were general merchandise stores with a 2.9% sales growth, clothing and accessories with 2.7%, and building and garden supply stores with 2.2% gains.

However, despite general retail success, the automotive and gasoline industries continued to suffer, with sales down 1.4% and 1.8% respectively.