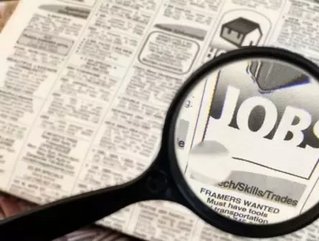 Flashback to unemployment statistics 12 months ago and Canadians should be further heartened to hear that employment is up 1.1%, with 197,000 more jobs created. Significant job gains had not been observed since September.

"I think it really does show that the job market has broken out of its funk," Bank of Montreal deputy chief economist Douglas Porter told the Huffington Post Wednesday.

Some interesting trends were noted. While there was little change for workers aged 25-52, employment rose among the 55+ category, as well as among youths. Educational services witnessed a decline in employment, while sectors including healthcare and social assistance; public administration; and information, culture and recreation saw increases in job creation. Employment rates declined in Nova Scotia and New Brunswick, but rose in Quebec, Ontario and Manitoba.

The jobs were mostly full time and increased most notably among private sector employees, followed by those who are self-employed and labourers in the public sector.

Economists were happily surprised by the numbers - the gain was eight times greater than their estimate for the month of March. Though the overall numbers show modest improvement, industry experts remain wary, pointing out that the recent rise in gasoline prices could slow Canadian economic growth.