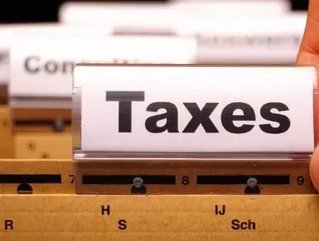 The Fraser Institute study has concluded that the average Canadian family spent 41 per cent of its annual income on taxes in 2010. This percentage was higher than what families spend on food, clothing and shelter combined.

“Taxes have grown over the past 49 years to the point that government is now the largest expenditure facing a family,” said Niels Veldhuis, Fraser Institute senior economist and co-author of the Canadian Consumer Tax Index 2011, in a statement.

In the last year, Canadian families with average incomes totalling $72,393 spent 41.3 per cent on taxes, while only spending 34 per cent on life’s necessities.

In comparison to 1961, where families only spent 33.4 per cent on taxes, the average Canadian family income tax percentage has raised 1,175 percent, an enormous amount. This is also paired with increases on taxes associated with shelter, food, and clothing.

“The average Canadian family has seen its total tax bill increase by an astounding 1,686 per cent over the past 49 years. As a result, taxes have become the most significant item in family budgets,” Veldhuis continued in a press release. “At this time of year, most Canadians are focused on filing their income tax returns. But personal income taxes account for just about one-third of the total tax bill paid by the average Canadian family in 2010.”

The tax percentage increase doesn’t directly relate to average family income increases either: 1,686 per cent rise in taxes compared to 1,348 per cent in income.

Adding all of this to additional taxes from government deficits, Canadians are paying even more on their taxes, an average of about $3,362.

This seems almost a bit too extreme of a tax increase for families in Canada.
FinanceFraser Instituteannual incomeannual salary
Share
Share