Canadians Pessimistic About the Economy 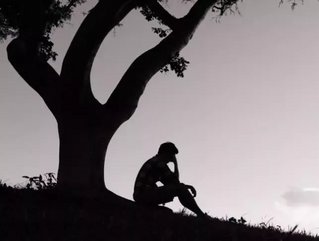 According to a recent consumer confidence survey, Canadians are becoming increasingly pessimistic about the economy and the availability of jobs, except for those in the West.

The Conference Board's survey, conducted in July, shows that optimism is waning or remains at very low levels in most regions of the country, except in the prairies and British Columbia.

Conversely, the confidence index rose 4.5 points to 107.8 in the prairies, the highest level in the country.  The index remains high in British Columbia at 105.9, although July saw a decline of 9.9 points.

The Conference Board cited negative sentiments about the prospects for job creation over the next six months as the main reason for the pessimism among Canadians.

“On a national basis, pessimism about the labor market continues to hamper a true recovery in confidence,” wrote Todd Crawford, an economist with the Board.

“Although the economy has more than recovered all the jobs it lost during the recession and the unemployment rate has trended down in the past few years, consumers appear not to have noticed, or they have no faith that the trend will continue.”

The gloom is understandable given the recent record on job creation.  Earlier this month, Statistics Canada reported that nearly 10,000 jobs were lost in June, and over the past 12 months, a mere 72,000 net jobs were added, marking the poorest extended performance since the recovery began in 2009.

At the same time, a consumer confidence survey in the U.S. found the index rising for the third consecutive month to 90.9, marking the highest reading since 2007.

The Bank of Canada and many economists believe that a U.S. recovery is a necessary pre-condition for bringing Canada out of its growth slump of the past few years.

The report contained some encouraging signals.  More than 20 percent of respondents claimed to be financially better off than they were six months ago, up two percentage points from June.

Canadians were less hopeful about the prospects for improvement in their finances in the future.  Fewer people said that this was a good time for a major purchase than they did in June.

Crawford said this could reflect the fact households are carrying heavy debt loads, jobs opportunities are scarce and media reports that homes are overpriced.

Negativity was at its highest in regard to the job market.

Only 15.9 percent of Canadians said they expected there would be more jobs available in six months, a drop of 1.2 points.  In Atlantic Canada, that number drops all the way to 5.9 percent, the weakest response to the question since 1996.

The Conference Board said that sentiment in Quebec improved in July, but from a low level.

The results are based on phone interviews with 2,000 Canadians conducted in the first two weeks of July.  The survey is said to have a margin of error of plus or minus 2.1 percentage points.