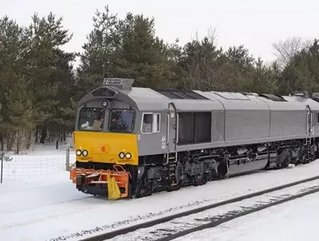 Progress Rail, a subsidiary of Caterpillar Inc and parent company of Electro-Motive Canada, announced today its plans to close Electro-Motive’s London, Ontario locomotive assembly plant. Cost structure and operations were deemed unsustainable by Caterpillar and negotiations held in an effort to create a more competitive facility were unsuccessful.

Negotiations between the company and its workers have been an ongoing process between Caterpillar and the Canadian Auto Workers (CAW) union.  The dispute erupted after Caterpillar requested its employees take a 50 per cent wage cut as well as other concessions with pension and benefits. Caterpillar locked out 465 employees on January 1st after negotiations were not resolved on its final offer.

Even after Ontario Premier Dalton McGuinty urged Caterpillar to return to the bargaining table, Caterpillar is obviously determined not to budge.  CAW President Ken Lewenza says Caterpillar’s announcement today was a “callous move.” Although the CAW states that this plant closure doesn’t come as a completely surprise.

"Caterpillar had no intention of keeping this plant open," said Lewenza.  "From day one, we believed that Caterpillar was trying to provoke a crisis, by forcing deep cuts that were not possible," said Lewenza. "Our members would have happily continued working under the previous conditions, but that wasn't enough for this incredibly profitable company."

Lewenza additionally said some of the blame of this closure must be given to the government for their inaction. The plant closure will affect 465 plant employees as well as 1,700 other workers who are employed in spin-off jobs.

"The Stephen Harper government is entirely in the pocket of the corporate elite and has shown absolute disregard for Canadian workers and their families," said Lewenza. "I am disgusted at this government and its indifference towards the suffering of workers and the unemployed.  The Harper government was elected by Canadians, but only seems able to represent multi-national corporations."