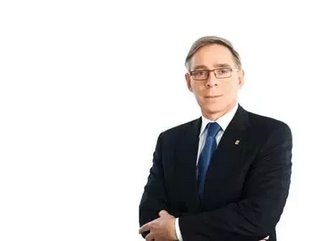 CIBC President and CEO Gerry McCaughey stated today that Canadians should be allowed to make additional, voluntary contributions to the Canadian Pension Plan (CPP) if  interested. These additional benefits would “avoid facing a significant decline living standards when they retire,” said McCaughey in his keynote address to the National Summit on Pension Reform.

"Our research found some 8.4 million people will experience a decline of more than five per cent in their standard of living at retirement," said Mr. McCaughey. "Far more troubling is the fact that 5.8 million Canadians are on pace to experience a significant decline - meaning a reduction in living standards of more than 20 per cent.”

One of the highest demographics to be affected by this decline will be young Canadians, McCaughey warned, specifically those in the lower income brackets. Without the ability to buy an average Canadian home, young Canadians lose forced savings benefits that result from home ownership.

"And, here is perhaps the most alarming takeaway: when we look at those 5.8 million people - we see that most of them are young. In fact, our economists estimate that almost 60 per cent of adults in their late 20s or early 30s, can expect to experience a significant decline in their standard of living when they retire,” said McCaughey.

Other problems in retirement savings opportunities include the scarcity of private pension plans. McCaughey explained in his address five imperatives he thought should be incorporated into any retirement savings solution. They are as follows:

“I believe that a reasonable starting point, benefitting the greatest number of individuals, would be to allow Canadians to increase their contributions to the CPP," says McCaughey. "We need to provide Canadians with further choice - choice that gives them date certainty and real dollar amount certainty. A choice that will help Canadians as individuals, and Canada as a nation, reignite a culture of savings,” said McCaughey.