Cisco to Cut Thousands of Jobs for the Forth Year Running 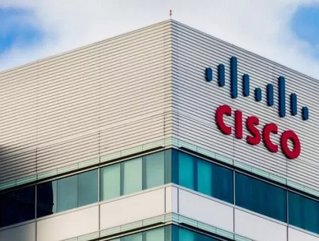 Technology firm Cisco Systems announced today that it plans to lay off 8 percent of its workforce. For the forth year running, the networking firm has announced thousands of lay offs, despite sending billions of dollars back to investors and reporting record profits.

During a conference call Wednesday marking the end of the company’s fiscal year, Cisco executives revealed that the company plans to cut 6,000 jobs. Cisco is the fifth-largest employer in Silicon Valley.

For the past four years the tech giant has announced aggressive job cuts. In August 2013 it laid off 4,000 employees, 1,300 in July 2012 and 6,500 in July 2011. Cisco frequently acquires smaller companies, which could explain the frequent employee turnover.

“We will exit this year pretty much with the same number of people we started the year with,” CEO John Chambers said Wednesday. “Some groups will not be affected at all. Others will.”

Cisco also revealed that its revenues for the fiscal year fell 3 percent to $47.1 billion, and profits declined 21 percent to $7.9 billion, or $1.49 a share. For the recently closed quarter, Cisco reported income of $2.2 billion, or 43 cents a share, on sales of $12.4 billion, with Chambers noting that adjusted quarterly profits set a record for the firm.

“I'm pleased with how we are transforming our company over the past several years and that journey continues,” Chambers said in Wednesday's earnings release.

Cisco's earnings also revealed that the company shipped $13.3 billion back to shareholders in the form of stock repurchases and dividends in the recently completed fiscal year, a record for the company, and plans to repurchase another $8.6 billion in shares.