Coca-Cola Fizzing Out In Q2 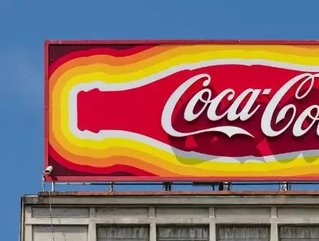 Could Coca-Cola be in trouble? The beverage giant reported declining second-quarter profits along with a drop in volume expansion in a number of key markets.

Despite Coca-Cola’s uninspiring figures, CEO Muhtar Kent is staying positive as he says that he expects the Company’s performance will get better in the second half of the year.

A combination of factors could be at play for declining sales, bad weather, the current economic conditions, and a shift away from sugary drink hurt the beverage giant in both the U.S. and Europe. Sales volume fell 4 percent in Europe, and in the U.S. volume decreased one percent, as soda volume decreased by 4 percent.

Expected revenue fell short as well as sales dropped by 3 percent to $12.75 billion, less than $12.95 billion that analysts predicted.

Coca-Cola plans to focus its growth efforts on emerging markets, where newly forming middle classes are increasing and developing a keenness for its products, which include Cola, Sprint, Fanta, Powerade and Dasani. Because of this, Coca-Cola’s volume expanded by 24 percent in Thailand, 18 percent in India and 15 percent in Nigeria. The need to grow in emerging markets isn’t unique to Coke as it is a strategy that chief rival PepsiCo also uses.

Pepsi and Coke are continuing to experiment with different low-calorie soda formulas to attract an increasing population of healthy-living and interest in weight-conscious consumers. Additionally, Coke is gearing more marketing efforts around Dasani and SmartWater in the U.S., where volume for these drinks increased 5 percent in the most recent quarter.