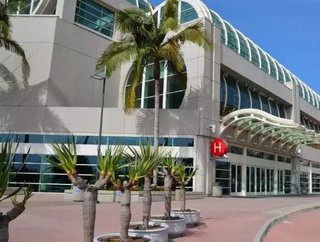 Comic conventions are no longer small fringe events for a handful of diehard fans: today it’s a multi-million dollar industry, and the king of all conventions is San Diego Comic-Con. Originally attended by a couple hundred mostly local pop culture fans in downtown San Diego’s U.S. Grant Hotel, today Comic-Con sells out in minutes and hosts more than 130,000 attendees in events that have sprawled well beyond its 460,000 square foot home at the San Diego Convention Center.

This sprawl, especially over the last decade as San Diego Comic-Con has exponentially exploded in popularity and attendance, has led to a lot of debate over whether the convention has outgrown its waterfront hometown. For years, the convention’s parent company Comic-Con International (CCI) has been considering the option of moving the rapidly growing event to another location, especially if San Diego fails to expand its convention center in the very near future. Anaheim and Los Angeles have both expressed interest in the convention, and Las Vegas has also been passed through the rumor mill as a potential successor. WonderCon’s recent confirmation that it is leaving Anaheim for Los Angeles in 2016 only cements that such moves are a very real possibility.

This would not be ideal for the city of San Diego.  Last year the San Diego Workforce Partnership (SDWP) released a study finding that San Diego Comic-Con has “a significant economic impact on the San Diego regional economy,” bringing in $160-180 million for the city each year and providing an estimated $320,000 in wages between the convention center’s staff of 500-plus employees and temporary jobs filled by engineers, laborers, electricians, and International Alliance of Theatrical Stage Employees (IATSE) union workers. As a press release from the convention points out, this study does not take into account the spending done by out-of-town visitors, non-badge holders, and events like advertising and restaurant buyouts—in short, the real financial benefit to San Diego could be significantly higher. While some other reports argue that the benefit could be lower due to possible flaws in the SDWP study, the study’s leader counters with the fact that there are far more attendees (especially out-of-town attendees) now than in the years from which he pulled his data.

Regardless is undeniable that the convention is a moneymaker, and losing it would be a financial blow to the city. It would also be damaging to the city’s morale—the San Diego Union-Tribune recently pitted the city’s two most defining pop culture points against each other, polling readers on whether they’d rather keep San Diego Comic-Con or the San Diego Chargers in the city. Nearly 60 percent of voters chose Comic-Con.

For now, Comic-Con International also chose San Diego. The convention is here to stay—at least for a little while longer. Last week San Diego’s Mayor Kevin Faulconer announced that, after months of negotiations, CCI has signed a deal to keep the convention in San Diego at least through 2018.

Of course, that’s only three years away and questions of the convention’s permanence will start to come into play well before then. At that point, once again the biggest question will be: will the benefits of leaving San Diego outweigh the benefits of staying?

Clearly for San Diego, keeping CCI in town would be a massive benefit. “If you still don’t understand how much Comic-Con means to San Diego,” said Mayor Faulconer during the press conference to announce the 2018 extension, “more Superman means more super-streets, more light sabers means more library hours, and more Comic-Con means more neighborhood services for San Diegans.” Surely there are also benefits for CCI in being able to maintain its current floor plans and relationships to keep the convention on course where it is. So the city and CCI will likely be working hard to extend Comic-Con’s stay beyond 2018.

That work will be crucial, because if things don’t change—specifically, if the San Diego Convention Center doesn’t start expanding, or the convention itself doesn’t find a more efficient way to spread its events around and increase accessibility—CCI may eventually have no choice but to look outside of San Diego in the future. Longtime Comic-Con attendees cannot ignore the way that the convention has changed over the last few years and the problems that have arisen, from overcrowding issues to the untenable frustration of simply obtaining a badge. San Diego may be Comic-Con’s origin story and roots, but there’s no question that larger cities with larger convention centers and more adjacent hotels and amenities—cities like Las Vegas or Los Angeles—have a lot to offer in the future if San Diego can no longer deliver.

Comic-Con has grown, and the city needs to grow with it. But if the city is able to make progress on that development, hopefully it will be able to secure the future of its pop culture hub—and its own successful future as well.

Check out the latest edition of Business Review USA!