Companies Planning IPOs That You Should Invest In 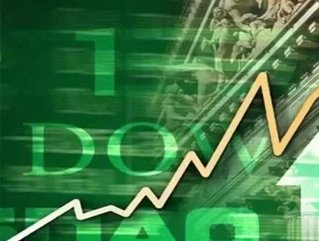 An IPO is the quintessential investment opportunity to capitalize on the ‘Buy low, sell high’ mantra.

Any investor, broker or third-grader at Toys-R-Us will tell you that identifying sound investments in today’s volatile market is about as easy as configuring Facebook privacy settings.

An IPO, though, can be the ultimate investment, as the initial public offering valuation can prove to be the cheapest a stock will ever be. Google, anyone? Caution: the IPO valuation could be significantly higher, as was the case for many in 2010.

With last year’s glut of overvalued IPOs still fresh in investors’ minds, companies eyeing 2011 for an IPO have been forced to lower valuations. As a result, investments in a 2011 IPO may yield the golden ‘Buy low, sell high’ investment.

Linda Killian, C.F.A., is the founder and principal of Renaissance Capital, a global IPO research and IPO investment services firm based in Greenwich, Conn. Killian sees the 2011 IPO investment calendar light on big splash IPOs compared to last year, which could drive down IPO valuations.

Spoiler alert: When Facebook does go public, investors will go crazy for a slice of the Silicon Valley golden child and the Facebook IPO will be inflated.

“The deluge of deals from China in the fourth quarter surprised many, and many not-ready-for-primetime companies managed to find underwriters,” says Killian. “Investors have been chastened by the poor performances and will be picky.”

Picky investors, low IPO valuations and positive market indicators signal a potentially lucrative 2011 investment year. While there won’t be a GM or Agriculture Bank of China size IPO, the chance to own a recognizable brand is on the horizon. Investors will most likely have to wait to 2012 for Facebook, but in the near term investors can expect to see these IPOs:

Rumored to go forward in the first quarter, the Toys-R-Us IPO is estimated at $800 million, but that number may be lowered. Speculation has followed the Company since last summer and will continue until an announcement is made. Toy-R-Us has resurrected itself in the last few years, but leery investors still point to online competition and executive turnover as question marks.

The popular and successful GM IPO last year may speed up the US Government’s desire to put Chrysler in the hands of investors. Sergio Marchionne, who also heads Fiat, put a 2011 target date on the IPO last year. Chrysler plans an all-electric Fiat 500 for the US market in 2012, which could excite or stymie investors’ attitudes.

One of the more interesting IPOs of 2011, travel search site aggregator Kayak may benefit for the social media and technology love affair that has swept the world. Kayak, which like Expedia and Orbitz, takes a commission on sales for airlines, hotels, car rentals, vacations and more. The business model is under threat as American Airlines recently cut out Expedia to drive web traffic to its own website. If other companies follow suit, Kayak may be booking a one-way flight to broke.

Private equity firms promise to dominate the 2011 IPO landscape, and Nielsen Holdings BV headlines the class. The television ratings and consumer research company was acquired for nearly $10 billion in 2006 by a large group of private equity. Nielsen Holdings BV anticipates raising close to $2 billion, but they may want to run a survey and see if investors strongly agree, moderately agree or disagree with that goal.

Currently owned by the Ontario Teachers’ Pension Plan, GNC Acquisition Holdings again will try to bulk up its capital with a 2011 IPO. GNC has tried twice to date, albeit with a different ownership group. The retail supplement chain has posted improved financials since its last attempt. Should the vitamin superstore flex its muscles at the right time, the investment could be attractive.

Too soon? It might just be for the lightening rod of the global financial crisis. If the US Government does proceed with an AIG IPO, it may be the largest of 2011 and rival the largest ever, putting it in a class with GM and Visa (and Facebook when it comes). Wouldn’t it be ironic for the focal point of the Great Recession to actually bolster the markets?