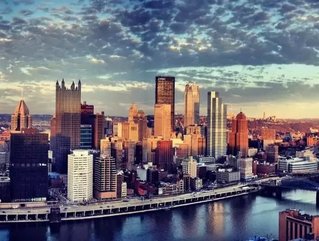 Pittsburgh is the US hub for many key companies who are driving the development of autonomous vehicles. The likes of Uber, Aurora and Argo are all centrally located in the Pennsylvanian City, looking to source the best talent to get ahead in the race to develop ground breaking technologies and products.

However, as a result of the growing regional competition, it is understood that many firms are offering leading graduates starting salaries of as much as $200,000 in an attempt to secure the best talent available.

"One of the effects is this dramatic salary rise for anyone with robotics engineering skills,” said Andrew Moore, the Dean of Carnegie Mellon’s Computer Science School and the former Head of Google’s Pittsburgh office. “It does feel very much like a gold rush town at the moment.”

Moore estimates that thousands of people are employed in the autonomous vehicle market in Pittsburgh, with Uber currently listing 60 more job openings, whilst Aurora has 12 listings in Pittsburgh and Palo Alto combined.

Ford has also made inroads into the sector, having invested $1bn into Argo in February. The company later announced that it hopes to have more than 200 employees in Michigan, Pittsburgh and Bay Area by the years end, working towards Argo’s autonomous vehicle development.

Roles that are still open at Argo include both software and hardware engineers amongst other high-end positions.

"There is a healthy amount of poaching between the self-driving car companies in Pittsburgh," Moore said. "Overall, it's really good for the city because there are constantly new people moving in."