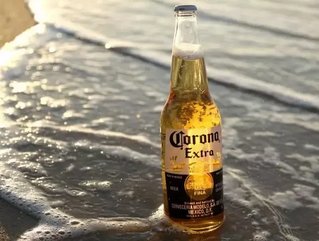 The key driver behind the company's growth was its beer operations, including Mexican brands Corona, Modelo Especial and Pacifico, as well as craft selections such as Ballast Point and Funky Buddha.

The company also raised its profit outlook as a result of increased sales of more premium beers, in addition to breweries running at peak levels in the summer.

The company’s staple brands of Corona and Modelo are also seeing increased demand due to a rising Hispanic population in the United States, analysts have said.

Constellation Brands accounts for over 60% of the growth in high-end beer sales in the US, with three of its brands listed in the top ten market share gainers.

Rob Sands, Constellation Brands' CEO said: “We remain the leader in the high-end of the U.S. beer market, and we are reaping the benefits of our Wine and Spirits premiumization efforts,”

The company, which also makes other beverages such as Robert Mondavi wines and SVEDKA vodka, lifted its full-year profit forecast to $8.25 to $8.40 per share. However, it kept its forecast for sales growth of 4% to 6%, excluding the impact of divestitures.