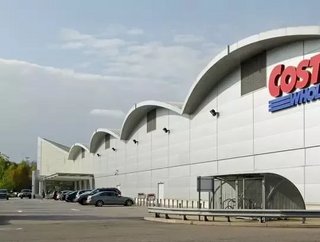 Costco will open a business centre in Canada in March, with an official ground breaking ceremony taking place in Toronto on Wednesday. Experts warn that the store opening could disrupt the business of traditional office and restaurant supply distributors.

Costco Business Centre may draw on corner store operators and consumers – the wholesaler sells bulk grocery items, office furniture and supplies, professional cooking equipment and cleaning products. There is also some concern of overlap between the company’s two businesses, as 80 percent of the business centre’s merchandise consists of items not sold in its warehouses.

Costco’s business centres open at 7 am (three hours before warehouse stores generally open in Canada) and shuts at 6pm throughout the week and 4 pm on Saturday.

The move targets small restaurants, business and convenience store owners who buy from Costco because they aren’t big enough to do business with a company like Unilever, and for office supply companies whose business models are based on higher margins.

“This could devastate some wholesale distributors,” said Bruce Winder, partner in Toronto-based Retail Advisors Network, noting elements of the new business will compete with Grand and Toy, Staples, and manufacturers and wholesalers in food office and furniture supply such as Unisource Canada Inc., Sysco Canada and Teknion Ltd.

“Costco operates on a 15 per cent margin at retail,” Winder said. “If they work on the same gross margin (for the business centre), which I believe they do, that will significantly disrupt the wholesale market, because wholesalers work on a margin of anywhere from 30 to 50 per cent.”