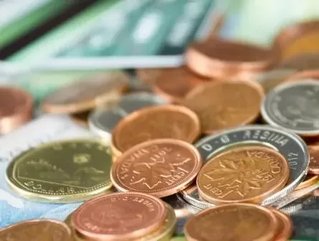 Canadian pennies have officially reached the anticlimactic status of chump change. While the coins are still considered legal tender, one Chatham, Ontario resident learned the hard way that her pennies no longer make the cut.

"They can refuse to take pennies if they like, just as we've seen in the past merchants posting notices that they don't take the old paper $50 and $100 bank notes," said Royal Canadian Mint spokesperson Alex Reeves in response to Burger King’s decision to refuse the coins at their Catham-Kent location.

The news is a bit harder to swallow for shoppers that still have leftover pennies they’d like to use, like Burger King patron Charlene Houle. "I had $5 and five pennies piled up ready to go and she handed me back the pennies and said, 'we don't take pennies,'" she said in an interview. "I guess I was shocked that they could do that – that they didn't have to take legal money."

Employees have since been instructed to refuse only rolled pennies, not loose, said the franchisee of the restaurant when contacted for comment.

The last penny was minted in Winnepeg last year on May 4 and ripple effects have been felt throughout the economy since the mint announced the decision to stop distributing the coins last week.

While businesses retain the right to refuse pennies, it is not expected this will become a widespread practice.

Reeves concluded, "It doesn't seem like that's a trend at all. Businesses are choosing to be as customer-friendly as possible.”