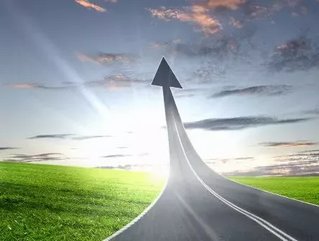 Canadians had expected their nation's economy to pick up in 2013, but that did not happen.

According to TD Bank, it is estimated that the Canadian economy will grow at a rate of 2.3 percent this year, which will be just 0.6 percent faster than last year, and it will only return to a healthy state in the middle or end of 2015.

In order to survive the tough times, many Canadian businesses have implemented a variety of cost-reduction strategies to remain profitable or reduce losses.

Some of these strategies have resulted in the compromise of employee morale and customer service, which in turn led to lower productivity and customer satisfaction.

There are a number of companies, however, that managed to cut their budgets with minimal negative impact on the efficiency and profitability of their businesses.

Unlike many other Canadian companies that have resorted to cutting jobs to save money, Air Canada is trying to reduce its budget by implementing a flight renewal plan.

This cost-reduction strategy also facilitates the international expansion that it is planning to undertake, and it involves the acquisition of 787 Dreamliner and high-density 777 airplanes.

The company expects to save about 30 percent on operating and maintenance costs with the deployment of the 787 Dreamliners, and about 21 percent on unit costs by replacing its current 777 planes with the new high density 777s. It is aiming to lower its overall cost by about 15 percent this year.

Air Canada is a good example of a company that has found a way to expand its operations and cut costs at the same time.

IAMGOLD Corporation is another Canadian company that is getting impressive results from its cost-reduction program.

In March, 2013, the company announced that it was planning to reduce its total cost by $100 million by the end of the year. As of June last year, it managed to achieve about 55 percent of its planned reductions. Although reducing staff requirements was one of its cost-cutting strategies, it relied on many other activities to stay on track to meet its year-end goal.

Some of these activities include lowering power and maintenance costs, reducing the use of consumables, renegotiating mining supply contracts and improving the efficiency of its operations.

Suncor is the largest energy company in Canada in terms of market value, and it is turning to technology to reduce costs.

The company is the first oil-sands mining operator to conduct tests on computer-operated haul trucks. According to experts, these robot trucks can increase productivity and lower fuel and maintenance costs by about 15 percent, and they also eliminate the need for human drivers.

Suncor said that it may replace some of its existing haul trucks with robot trucks over the next five years.

There are many things that Canadian companies can do to lower costs without losing their competitive edge.

They should consider all possible options and devise budget strategies that can make their businesses more profitable both in the short and long run.

John McMalcolm is a freelance writer who writes on a wide range of subjects, from social media marketing to personal budget planning.