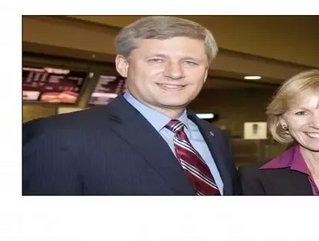 Prime Minister Stephen Harper and Minister of Finance Jim Flaherty served up accolades to 2010 Chief Financial Officer of the Year Cynthia Devine and other top-level executives with a rare visit to the Tim Hortons corporate headquarters in Oakville, Ontario.

It was pretty exciting to everyone here, really special,” says Devine. “As you can imagine it’s not every day the prime minister drops by. I was able to, along with our CEO and our executive chairman, we were each able to deliver small presentations, and he spoke to our group.”

On the menu was recognition served with a side of national pride for Devine and her team’s triumph in returning the nostalgic restaurant back to its Canadian roots in December 2009, ending a 14-year run as a US domicile company.

“That sounds very easy, but, as you can well imagine, we had to deal with every kind of complicated tax and legal issue and we had to take it to a shareholder vote and we were successful in doing that,” says Devine.

“It really created some long-term shareholder value for the company and so something I was pretty proud to be a part of with a great team that worked very hard to make it happen.”

In addition to one of her proudest professional achievements, Devine also developed the infrastructure, processes and capabilities that were essential in guiding the company through its Initial Public Offering in 2006.

Devine has served as CFO of the fourth largest publicly-traded quick service restaurant chain in North America since 2003. Undoubtedly, Devine’s unique personal brand has been instrumental in both her and Tim Hortons success.

“I bring energy and enthusiasm combined with strong financial discipline, a solid business sense to the company and also being fact-based,” says Devine. But also looking for creative solutions and ways to help business partners, I think, would be another element of my personal brand.”

Devine also notes that it is critical to bring business acumen to the table and be a ‘seamlessly integrated business partner.’ Presiding over such a large operation, Devine is quick to see the big picture.

“For us it’s really important that we deliver system-wide benefits. We are a franchise system with over 1,000 store owners in our system. We’re always looking for solutions that drive the business forward, and that not only help the company, but help the owners. That’s a big part of what we do here at Tim Hortons.”

Devine’s two-pronged approach to growing the business and helping the owners derives from her innate sense of a high ethical standard. She places a premium on leading by example.

“The core essence of my being is really an unwavering commitment to integrity. I lead by example. I try to demonstrate that when situations are grey that you do the right thing,” says Devine. “And I think when you show that you make decisions with integrity and that integrity overrides any short-term benefit for the company, others will follow.”

A Bank of Service

“Recently, we have [compiled] our corporate social responsibility commitments and for the first time have a report on Tim Hortons Making a True Difference for individuals, communities and the planet every day. It’s our commitment to various goals around each of those key elements. We are very pleased to be a part of it,” says Devine.

For all her efforts through community involvement, overseeing the IPO and reestablishing Tim Hortons presence as a truly Canadian company, Devine was recognised as Canada’s co-CFO of the Year by Financial Executives International (FEI) Canada, PricewaterhouseCoopers LLP and The Caldwell Partners International.

The award is given annually to an individual who has made an outstanding contribution to business in Canada through vision and leadership, corporate reporting and performance, social responsibility, innovation and business complexity.

Says Devine on the role of chief financial officer, “I think it’s all about being very fact-based, making sure people understand things, and, obviously, I think transparency is a big part of that.”