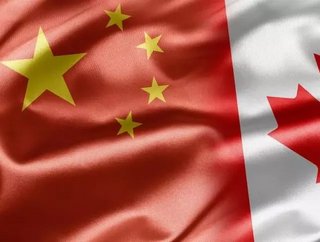 The Canadian government has finally taken the decision to block the $1.5bn takeover attempt of Aecon by China Communications Construction Company International Holding Limited (CCCI), having taken advice from securities agencies into consideration.

The announcement seemingly puts an end to the ongoing saga, with CCCI and Aecon, a large provider of construction and infrastructure services across Canada, having agreed terms on a deal back in October.

Canadian Economic Development Minister Navdeep Bains said: “As is always the case, we listened to the advice of our national security agencies throughout the multi-step national security review process under the Investment Canada Act.

“Based on their findings, in order to protect national security, we ordered CCCI not to implement the proposed investment. Our government is open to international investment that creates jobs and increases prosperity, but not at the expense of national security.”

The announcement was met with disappointment from both CCCI and Aecon who had been hoping to complete the deal.

John M. Beck, President and Chief Executive Officer of Aecon, commented: “Through our proposed transaction with CCCI we had outlined a vision in which Aecon would be better able to compete with the many large global construction companies actively working in Canada. The deal offered considerable benefits to Aecon and its various stakeholders.

“While we have been prevented from pursuing the transaction, we are moving forward from a position of strength. Over the past several months Aecon has secured numerous large-scale projects, has a record backlog, and a significant pipeline of opportunities ahead of it.”

The move by the Trudeau administration could become a difficult factor in its attempts to boost trade with China. The Chinese embassy in Canada reportedly reacted by warning the decision would “seriously undermine the confidence” of investors.

Aecon will remain publicly traded on the Toronto Stock Exchange (TSE) and will continue to be headquartered in Toronto.