A $200bn hit to business? Hurricanes Irma and Harvey by the numbers 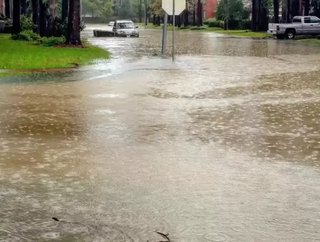 The Caribbean and south US has been left battered following the damage caused by Hurricanes Harvey and Irma over the past fortnight.

It is hard to know the exact combined impact of the storms, but industry analysts are predicting that the economic impact will cost hundreds of millions to the US economy.

Global financial insight specialist Moody’s Analytics has suggested that the combined costs of the storms are comparable to that of Hurricane Katrina back in 2005, predicting as much as $200bn has been wiped from the economy as a result of both hurricanes.

AccuWeather President Joel Myers have made similar predictions, stating that the economic costs incurred by disruptions to businesses, increased unemployment, damage to infrastructure and property, agriculture losses, and higher fuel prices incurred by the storm would amount to least $190mn.

With business bearing much of the brunt of these costs, these are some of the sectors that have been the worst affected.

Naturally, with the level of destruction that two category four hurricanes bring, the insurance industry will be hit particularly hard in the wake of the destruction.

AIR Worldwide, a firm specialising in catastrophe analysis, has predicted that losses from Hurricane Irma could be as much as $40bn.

Meanwhile, an insurance analyst at Imperial Capital New York estimated that insurance firms may have to pay out as much as $100bn for the effects of Hurricane Harvey.

Florida is one of the key agricultural regions in the US. The state accounts for 50% of the country’s grapefruit production, and is also a significant orange juice producer, ranking second only to Brazil.

However, Hurricane Irma has caused huge damage to Florida’s agricultural industry, with estimates suggesting that the storm caused up to 30% losses on major crop yields such as these.

Whilst Hurricane Irma caused much less disruption to the oil and gas industry, Hurricane Harvey hit the heartland of the sector located onthe Texas Gulf coast, bringing much of it to a standstill.

The US Bureau of Safety and Environmental Enforcement estimated that 22% of oil production and 23% of natural gas production in the Gulf had been shut down, leading to surging regional oil prices.

The petrochemicals industry saw similar effects, with the storm shutting down many key plants, resulting in 40% of the country’s petrochemical industry going offline.

A significant proportion of South Florida’s tourism industry lies on the coast, an area that would have been subject to instant destruction from Hurricane Irma’s force.

With tourism accounting for as many as 1.4mn jobs, 112mn annual visits and $109bn of income to the US, a significant amount of this is expected to be lost following the effects of the Hurricane.

Furthermore, as many as 11,000 flights were cancelled as a result of Hurricane Harvey, with floods shutting down both main Houston airports for days, and 4,600 were cancelled in preparation for Irma over the weekend, a significant financial loss to US airlines.