Dominion Diamond HQ to stay in Calgary, despite 100% sale to Washingston Companies 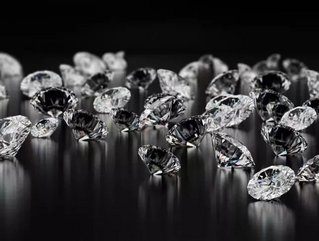 Dominion Diamond, a Canadian diamond retail and mining specialist, has announced the 100% sale of the firm to Washington Companies following a special meeting being held between company shareholders.

The meeting saw 99% of Dominion Diamond shareholders present vote in favour of the complete sale of the company to the US-based group of international companies, with the deal set to cost US$1.2bn ($14.25 per share).

“The diamond industry over the past couple of years has gone through a flat cycle but it's looking up now,” said Dominion Chairman Jim Gowans.

“Most of the growth is actually here in Canada for the world diamond supply so I'm very optimistic.”

Despite the company set to come under 100% US ownership, the company headquarters will remain in Calgary. President of the Montana-based acquirer, Larry Simkins, stated that it wouldn’t make sense to relocate its 100 employees, especially after the head office being moved to Calgary from Yellowknife earlier this year.

“It just moved here and the last thing we would do is uproot families and move them back to Yellowknife or some other place,” Simkin said.

The deal comes months after Washington Companies had its initial bid rejected back in February.