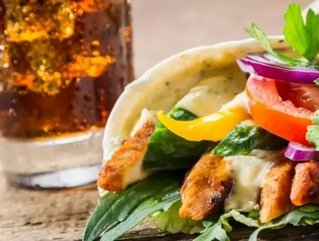 Mexican-style grilled chicken restaurant, El Pollo Loco, is due to begin trading this week. The fast-food chain is aiming to raise $100 million in an initial public offering of more than seven million shares, priced between $13 and $15 each.

The brand plans to list on Nasdaq under the stock ticker ‘LOCO’.

The food retailer currently operates 401 restaurants in five U.S. states, including Texas and Arizona, but the majority of its locations are in California.

The first El Pollo Loco opened in 1980 in Los Angeles, and still has a huge presence in the city. Last year, it generated 80 percent of its revenue from the greater Los Angeles area.

However the little know chicken chain has ambitious expansion plans. The company believes it has the potential to one day operate 2,300 locations across the U.S. El Pollo Loco says it's well positioned to benefit from increasing demand for healthier food (its chicken is grilled, not fried) and the growing Hispanic population in the United States.

In the past El Pollo Loco has been knocked back by financial uncertainty, and even withdrew plans to launch its IPO in 2006. However, now with stock prices near a record high and market volatility at historic lows, companies are going public at a rate not experienced since before the economic crisis. Couple this with the fact that investors are looking for new investment opportunities and El Pollo Loco could be well positioned to have a successful IPO.