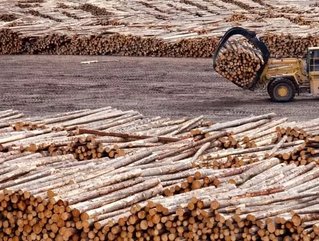 With the US having imposed heavy duties on Canadian lumber imports due to an ongoing dispute between the two countries, the industry has suffered significantly.

The dispute originates from the US criticising Canada through claims that the country unfairly subsidised its softwood industry, resultantly placing a 26.5% import tax on Canadian softwood back on 20 April.

Talks are ongoing in reaching a trade deal between the two countries, with the previous deal having expired in 2015. However, in the wake of the current heavy duties placed upon the softwood commodities, Canada has lost out to European markets.

“The Germans this time were poised to take advantage of it and I think that they have,” said CEO of the National Home Builders Association, Jerry Howard, in talks with Global News.

Whilst others have benefitted, with Austrian softwood exports to the US up 178%, Romania 141%, and Russia and Sweden both around the 40% mark, German markets have really flourished at Canada’s expense.

Whilst this is still a relatively small percentage drop, with Canada remaining very much the primary exporter of lumber to the US, the industry has still suffered significantly, with as much as C$500mn so far being lost in countervailing and anti-dumping duties.

The last time there was a softwood trade dispute it lasted five years until 2006, over which time the US collected $5.2bn in duties, which it then had to repay $4.5bn as part of the terms of the 2006-2015 lumber trade deal.