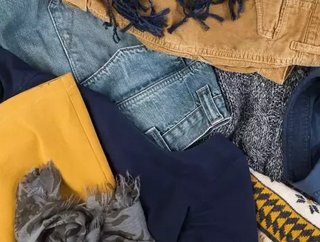 US-based clothing retailer Express is to close all 17 of its Canadian stores and discontinue its Canadian operations.

The Ohio-based chain announced on Thursday that it will close all of its Canadian locations and has filed for protection from its creditors under the Companies' Creditors Arrangement Act — Canada's version of Chapter 11 bankruptcy proceedings in the US.

Express estimates it has lost $56 million US in Canada since it launched. CEO David Kornberg cited "the challenging Canadian retail environment” and “unfavourable exchange rates” as reasons for failure in Canada.

Express are not alone in their struggles. A series of US clothing retailers have removed or minimised their Canadian operations in recent months. These firms include:

The women’s upscale retail chain has grown to 550 stores worldwide. Despite $615 million US in sales, the chain is unable to pay its debts. Court documents suggest the company has assets of up to $500 million and debts of up to $1 billion.

"Unfortunately, like many other apparel and retail companies, BCBG has fallen victim in recent years to adverse macro-trends, including a general shift away from brick-and-mortar to online retail channels, a shift in consumer demographics," the company said in a court filing.

Teen retailer Aéropostale plans to close all 41 of its Canadian stores as the company filed for Chapter 11 bankruptcy protection in a New York court on Wednesday.

"The ripple effects of an ongoing dispute with our second largest supplier put substantial strain on our liquidity while also preventing us from realizing the full benefits of our turnaround plans," said company CEO Julian Geiger in a statement.

Earlier this year, American Apparel collapsed under its own massive debts. It will close all its stores across the US and Canada, and its assets will be bought by Montreal-based apparel maker Gildan Activewear Inc.

Womenswear retailer Jones New York closed all 37 of its Canadian stores in 2016. "The company is facing a liquidity crisis as a result of ... unexpectedly high inventory costs an excess inventory hangover from the acquisition of the business in 2015 and lower than expected retail sales," the company said in a filing dated June 6.