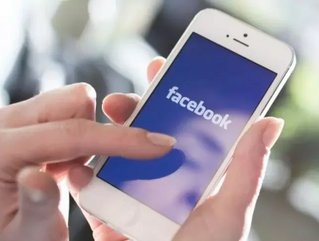 Last week Facebook began testing a ‘Buy’ button inside news feed posts and adverts. The new application will allow users to purchase goods and services from Facebook without having to leave the site. The ‘Buy’ feature marks a new stage in the company’s evolution and could turn it into a significant moneymaking machine.

In recent months, the number of ads showing up on Facebook has increased significantly, giving the social media giant an eight percent share of digital ad spending worldwide. Its new on-site purchasing feature will likely see this percentage increase.

Speaking about the evolution of ecommerce at Facebook, Nicolas Franchet, global head of retail and ecommerce said, “We can offer a sheer reach that no other platform can.”

Facebook is not the only tech company making waves in the ecommerce space however. Both Apple and Google have entered the online retail marketplace with iTunes and App Store and Google Shopping Express. “As Amazon becomes more like everyone else, everyone else is trying to become more like Amazon,” says Marcus Wohlsen, writing for WIRED.

Such a progression makes a lot of sense. As a Facebook advertiser, your ad’s value is significantly increased if it can be directly converted into a sale. Facebook provides a quick and efficient platform for purchases and will no doubt take a slice off the top of the sale amount. Alternatively, Facebook could charge customers a lot more for placing an advert in the first place.

As Franchet explained, Facebook has tested various ways of reshaping ads as something closer to straight-up product listings. In one experiment, for example, some users were seeing ads in their news feeds that include a “Shop Now” button. Others had the option of automatically filling in shipping and billing information in online shopping carts using information stored on Facebook. “Everything is being reinvented,” he said.

However, despite this natural progression into the retail world, Facebook is not about to turn into another online store. The focus will be on browsing and discovering new things based on your interests and personal recommendations from friends.

With the preferences and social lives of one billion users to analyze, shopping on Facebook promises to be a kind of personalized experience that no physical store could hope to replicate. Ideally, the experience would resemble hanging out at a store with your best friend, except instead of browsing shelves with an unchanging selection of items, the shelves are constantly circulating merchandise right in front of your eyes to show you the good that you a likely to purchase.

Once the user registers an interest in the product or service, Facebook aims to make the ‘check out’ experience as smooth as possible. For example, it has a pilot program called “Autosale,” where it’s working with a few online retailers such as menswear site Jack Threads to pre-populate that payment information to encourage customers to complete the sale. “In a perfect world, you don’t have to check out,” Franchet said.

Of course, users would have to supply Facebook with their credit card information in the first instance for this to work, paving the way for rumors about a Facebook version of Google Wallet or PayPal.

So there you have it. Facebook is certainly taking strides to own part of the online retail market. The brand has been incredibly successful when it comes to engaging million of users but will it be able to replicate this success from an ecommerce perspective?