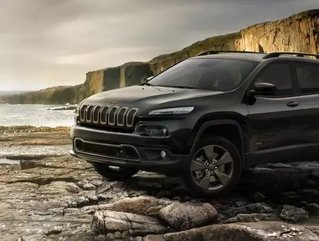 Through the first six months of this year, FCA Canada has sold 152,439 vehicles, representing the best start to any year on record and maintaining FCA Canada’s position as the top-selling automaker in the country.

“At the mid-year point, FCA Canada is on pace for another record-setting sales year,” said Dave Buckingham, Chief Operating Officer, FCA Canada. “Ram Truck and Dodge Grand Caravan are among the top five best-selling vehicles in Canada, providing Canadians the functionality and value that they're looking for.”

The Dodge Challenger, built in Canada at the Brampton Assembly Plant, set an all-time monthly sales record in June with 374 sold, an increase of 15 per cent as compared with 326 sold in the same month, one year ago. For a third consecutive year and the fourth time in six years, Dodge Challenger ranked at the top of the Midsize Sporty Car segment in J. D. Power’s 2016 U.S. Initial Quality Study (IQS). IQS is based on responses from more than 80,000 purchasers and lessees of new 2016 model-year vehicles surveyed after 90 days of ownership. The study asks customers to identify issues with their vehicles’ design, as well as defects.

The Ram pickup truck reported 8,601 sales last month, marking an increase of 1 per cent over 8,526 units sold in June 2015. These results represent a monthly sales record for Ram Pickup.