Financial markets dip following Donald Trump's victory in the US 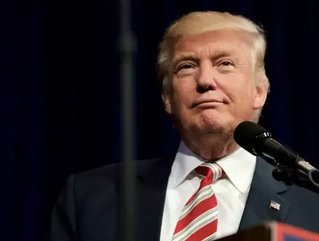 While global markets haven’t tumbled as far as predicted, there’s been an obvious downturn since it was announced that Donald Trump had claimed victory over Hilary Clinton in the race for the US presidency.

As the world readied itself for the official announcement of Donald Trump as President-elect, futures on the Dow Jones fell around four percent as investors braced themselves for the news. Since Trump’s victory speech, however, the markets have rallied somewhat meaning losses aren’t quite as severe as expected. The US stock market is now expected to lose only two percent.

Markets often dip in times of political change, especially when the result is a late-game surprise, but Trump is already doing his best to reassure investors. Since announcing his pledge to spend billions of dollars on infrastructure, the markets have calmed.

Canada’s economy is based largely on foreign trade, with America being its biggest trading partner. So how Trump handles trade going forward is going to heavily impact Canada. Ontario’s Premier Kathleen Wynne said to the BBC: “Our fate is absolutely inextricably linked to the United States. If we have a partner south of the border that isn't interested in getting a softwood lumber deal or making sure we continue our relationship with the auto sector, that's very, very bad for the province and it's bad for the country."

The worry for investors is that Trump’s aggressive approach to trade would have a negative impact on the US economy too. This has had an effect across the world with many Asian markets seeing losses narrow towards the end of Wednesday trading. Japan's Nikkei 225 closed down by 5.4%, while the Hang Seng in Hong Kong is trading 2.2% lower and the Shanghai Composite has lost 0.6%.

The Mexican peso, the asset predicted to swing most violently depending on the presidential vote, plunged. When Clinton was showing early signs of strength, the peso rose to a two-week high but soon dropped 13 percent as a string of important states were called for Trump.

The current strength of the global economy could be the reason the markets haven’t fallen as far as predicted. Another factor is that despite the Republicans winning Congress as well as the presidency, Trump might struggle push his promises through as his views differ from those of many other Republicans.

Since the result was announced the Canadian immigration website has crashed and the Google search trends for ‘moving to Canada’ have spiked.