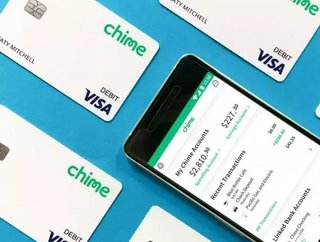 Headquartered in San Francisco, fintech startup Chime is one of the fastest-growing challenger banks in the US. Founded in 2013, the company this week joined the prestigious group of startups with a market valuation in excess of US$1.5bn.

Following a Series D funding round in which, Forbes reports, Chime raised a further $200mn in venture funding, the company’s valuation crossed the $1bn threshold. The fuding round was led by DST Global and new investors Coatue, General Atlantic, ICONIQ Capital, and Dragoneer Investment Group. Existing investors Menlo Ventures, Forerunner Ventures, Cathay Innovation and other unnamed investors participated in the fundraising round.

Chime’s customers can deposit and withdraw money from a free debit account and spend money using a no-fee debit card, according to CNBC. The company makes its money from transaction fees paid by merchants. Chime’s digital only approach, which has worked for other fintech unicorns like Monzo and Revolut, has seen its service gain approximately 200,000 users per month, up to a total of approximately 3mn.

According to a report by the New York Times, “Andrea Johnson, a dispatcher for a utility company in Michigan, switched to Chime after her old bank, PNC, charged her an overdraft fee as a result of another fee from the bank that had emptied her account.” Johnson, after expressing at larger banks, which she felt were trying to ‘nickel-and-dime’ her ‘to death’ since switched to Chime and reportedly “hasn’t missed PNC’s physical branches and has appreciated some of the start-up’s perks, like getting money from her paycheck two days early.”