Five lessons US banks can learn from fintech disruptors 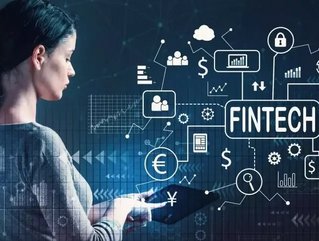 The financial crisis of 2008 levelled the legacy banking industry quickly and decisively in North America...

With the market once again in a state of volatility in part due to the spread of COVID-19, we’re facing the question once again: what does it take for financial institutions to weather the storm?

In 2008, the banking industry was dismantled at much the same time that digital disruptors gained the traction and infrastructure they needed to compete. FinTech was born to capitalize on a broken system and chronically-low consumer trust, but also to provide services and experiences that finally reframed stale banking conventions.

But despite massive FinTech disruption over the course of a decade, legacy institutions still exist — and they still have immense clout. And yet, the experience they provide to consumers is fragmented at best, despite massive investments in technology.

Today, as in 2008, the question we should all be asking is, what is the role of a legacy bank brand in the life of a consumer — and what will it be in the future?

Thinking beyond traditional banking paradigms means becoming (and behaving like) a consumer-first brand. One that serves rather than sells. One that truly understands its customers. It’s through this lens that we offer up a few opportunities for legacy banks to compete with FinTech disruptors — and forge a new space that’s theirs to own.

1. Move from transactional to interactional

Up until 2008, it was believed that banks were a foundational utility with a dominant (and unchanging) model for engaging consumers. From their hours of operation to the types of services they provided, it was clear that the approach was bank-led, rather than consumer-focused.

For decades, there was no reason to change: the belief was that banks were as necessary to adult life as homeownership or a 9-to-5 and that inconvenience was just part of the deal. But just as the very idea of ownership has changed, banking institutions must change too.

No one is more familiar with this revolution then the FinTech disruptors shaving off elemental services from the larger banks. If we are to learn anything from these disruptors, it’s the way they’ve tapped into a need — indeed a demand — to move away from the formalities of traditional, 19th-century banking towards an industry that is truly 21st century.

And at the heart of that is a brand philosophy that favours flexibility over rigidity; interaction over transaction. One guided by a consumer-first purpose that has the resilience to see an institution through both good times and bad.

A great example is SoFi, a lending company that made its name with student loan refinancing services but now includes mortgage and personal loans, wealth management and checking and savings services.

SoFi’s consumer engagement is deeply interactional and transparent, behaving almost as a community credit union in the digital age. Bringing the warmth and expertise of a face-to-face service into a digital realm has fueled SoFi’s growth — and it is a major opportunity for larger banks seeking the consumer intimacy branch services once offered.

Banks be warned: there is no moving forward without deeper customer intimacy.

2. Solve for the branch dilemma

A seamless brand experience online is undoubtedly a priority for many banks, but it doesn’t solve for the branch dilemma. Bank of America recently reported that 76% of all transactions are done via ATM or mobile application, begging the question: what is the value of a fully-staffed branch?

With real-estate prices mounting in many markets and returns from branch locations diminishing, many have rightfully closed. And while these closures have significantly reduced overhead costs for legacy organizations, they’ve created a greater strain on some locations, adding lines and wait times. By diminishing their branch footprint, many banks may have also unintentionally diminished their overall customer experience.

But what if there’s an opportunity to create a more connected and valuable consumer experience in the branches that remain?

If we are to imagine the branch of the future, it may operate in much the same way that a great digital experience does. Connected. Seamless. Customized. And friendly, of course.

Whether that means simply changing branch hours to accommodate work schedules or radically deconstructing the environment, the opportunity is ripe. Some banks have taken the café angle with mixed results (in part because, why go to a bank to get coffee?). The question all banks should be asking is, what will make consumers come, and linger, in a location?

3. Use voice to stand out

At the centre of a connected brand experience is tone of voice — a meaningful, relevant and stand-out way to communicate with a consumer verbally. Over the past decade, corporate brands have taken a significantly more consumer approach to voice, and indeed, the line is still blurring for many sectors.

Voice is also a key tool in expressing how a brand is living up to its vision and mission. Virgin has long been known for its casual and cheeky, highly-disruptive brand voice. Virgin Money brings this same approach to the banking sector, with a level of informality and clarity that other organizations would do well to mimic.

Inside and outside of the banking category, there’s been immense growth around “pure play” brands — often at the expense of smaller full-service banks. These brands stay ahead by doing one thing really well and in a highly engaging way. Brands like Mint and Venmo, which respectfully offer user-driven financial analytics and seamless mobile payments, are beloved by consumers.

No one has felt the impact of “pure play” disruptors as much as small, full-service regional banks. According to a recent piece in the Economist, before 2008 the FDIC approved hundreds of new bank charters annually. But in the past ten years, there have been only a dozen in total.

For do-it-all organizations, it begs the question: what’s the value in doing everything well enough when someone else can do one thing, much better, and gain enormous market share in the process?

Considering this, bigger banks should lean into their size and offer a full-service approach that actually adds value to a consumer’s life with local activations and service experiences. They should stay big but act small. That means rethinking promotional strategies to engage with local communities rather than global entities exclusively.

5. Recognize the moments where you matter

For every big bank there will be a moment, sooner than we all may realise, when it’s time to contend with massive changes in lifestyle and financial planning. From a rise in the gig economy to mounting student loan debt, consumers today are facing a different set of financial challenges from their parents and grandparents.

And frankly, consumers today simply want different things. Instead of homeownership, they crave experiences. Instead of contributing to a traditional 401k, they are digging themselves out of debt. So, what if a bank was a consumer’s first choice in navigating these needs? What if, instead of going to a branch to troubleshoot, you went to discuss your ambitions and dreams, no matter how unconventional they may be?

The banking space is full of branding opportunities that are both exciting and daunting. As with all industries seeking to evolve, brand offers one venue for change that can lift an entire experience — and change the way consumers view legacy institutions.