Ford Becomes the Latest US Car Manufacturer to Exit India 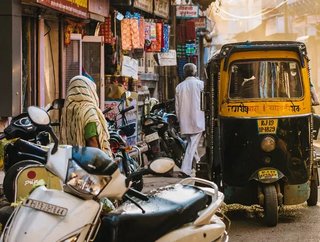 In a recent announcement, Ford Motor Company despite expanding its Business Solutions team in India, the automotive manufacturer plans to restructure its operations in the region winding down its assembly in Sandand by the fourth quarter of 2021, and its vehicle and engine manufacturing in Chennai by the second quarter of 2022.

The news follows the company operating losses of over US$2bn in the last 10 years and a US$0.8bn non-operating write-down of assets in 2019. The restructuring is expected to create a sustainably profitable business in India.

“As part of our Ford+ plan, we are taking difficult but necessary actions to deliver a sustainably profitable business longer-term and allocate our capital to grow and create value in the right areas. Despite investing significantly in India, Ford has accumulated more than $2 billion of operating losses over the past 10 years and demand for new vehicles has been much weaker than forecast,” said Jim Farley, Ford Motor Company’s president and CEO.

“Despite these efforts, we have not been able to find a sustainable path forward to long-term profitability that includes in-country vehicle manufacturing. The decision was reinforced by years of accumulated losses, persistent industry overcapacity and lack of expected growth in India’s car market,” said Anurag Mehrotra, president and managing director of Ford India.

“I want to be clear that Ford will continue taking care of our valued customers in India, working closely with Ford India’s dealers, all of whom have supported the company for a long time. India remains strategically important for us and, thanks to our growing Ford Business Solutions team, will continue to be a large and important employee base for Ford globally,” added Farley.

In 2017 General Motors (GM) announced its plans to stop manufacturing cars in India by the end of the year. Despite India being predicted to be the third biggest vehicle market by 2020 at the time, the company planned to focus on exports and providing maintenance services to the region.

"In India, our exports have tripled over the past year, and this will remain our focus going forward," said Stefan Jacoby, International president, GM.

"We [are] determined that the increased investment required for an extensive and flexible product portfolio would not deliver a leadership position or long-term profitability in the domestic market," he added.

Despite its efforts to gain a foothold in the Indian market, Harley Davidson in 2020, decided to discontinue its sales and manufacturing operations in the region.

The move involved a US$75mn restructuring cost, 70 redundancies, and its Bawal plant in Haryana closed. The company only retained a scaled-down version of its sales office in Gurugram near Delhi.