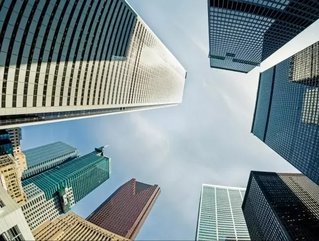 On July 12, it is widely expected that the Bank of Canada will announce a hike to its interest rate for the first time in seven years.

The decision will impact mortgages, loans and other products for many Canadians – so why does it look set to do this now? CBC picked out some indications of what is to come.

-    Ever since Stephen Poloz replaced Mark Carney as the bank’s Governor in 2013, he has been making noises that the interest rate will one day have to increase from its benchmark rate of 1%.

-    In 2014, Poloz said he expected rises that summer due to the tapering of the United States’ Federal Reserve – but in the end the bank had to hold back because of the plunge in oil prices, eventually dropping the rate to 0.5%.

-    Earlier this year, a speech by the Bank of Canada’s senior deputy governor Caroline Wilkins left the Canadian dollar gaining in the markets after she spoke of a brighter financial outlook with jobs creation also on the increase.

"As we move past the adjustment to lower oil prices, we are seeing the economy pick up," she said in Winnipeg.

"A couple of weeks ago we got the national accounts data from Statistics Canada for the first quarter of this year. It was pretty impressive, with growth at 3.7 per cent. And the figures show business investment growing again.”

-    There has been a change in the bank’s communications strategy in the last few weeks, with Poloz hinting that its low interest rates have achieved their aims.

He told US network CNBC late last month that, after the crippling effects of the 2008 financial crash and the 2015 plunge in oil prices, the rates had ‘done their job’.

According to experts, the bank has had opportunities this year to quell these expectations but notably hasn’t – and experts are of the view that this is a change the bank needs to make, as Scotiabank economist Derek Holt told CBC.

"The Bank of Canada is going to have a serious credibility problem if it fails to raise interest rates after providing such an aggressive turn in communications starting one month to the day ahead of the July meeting,” he said.