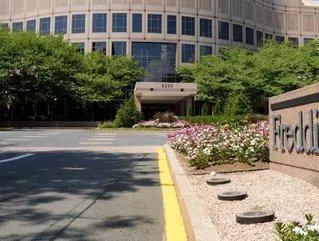 The gain compares to the net income of $3 billion in the same quarter from 2012. The mortgage company attributes its earning largely in part to increased profits from investments made to hedge against rising interest rates that helped compensate for mortgage loss during the time period.

The McLean, VA. based company it scheduled to pay a dividend of $4.4 billion to the U.S. treasury next month and is requesting no additional government assistance.

Freddie Mac and its sister company Fannie Mae were rescued by the government during the financial crisis in 2008. Collectively the two lending giants received around $187 billion in loans.

The housing recovery began last year and has helped make both Freddie Mac and Fannie Mae profitable again. Together they have paid back approximately $136 billion in government loads. Those payments are helping to reduce the financial deficit to make it the smallest it has been since President Barack Obama took office.

After Freddie Mac repays the $4.4 billion dividend, it will have repaid $41.4 billion of the $71.3 billion it received from tax payers.

Fannie Mae and Freddie Mac own or guarantee roughly half of all mortgages in the U.S., worth around $5 trillion. The companies don’t directly give loans to borrowers. They purchase mortgages from lenders, package them as bonds, guarantee them against default and sell them to investors.