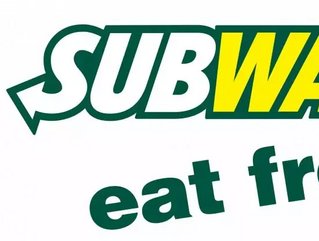 In an open letter to the parent company of Subway restaurants, Canadian fast food firm Freshii has proposed a partnership between the two companies.

The letter, from Freshii founder and CEO Matthew Corrin, said: "Let's explore a partnership in which we together convert select Subway stores to Freshii restaurants in a quick, low-cost way,"

Freshii currently owns 286 restaurants in 15 countries.  Along with Canadian restaurants, Freshii also has eateries in Europe, the Caribbean, Central and South America, and the Middle East.

On the other hand, Subway has 44,600 franchised locations in 112 countries.  It reported $1.1 billion US of revenues in its fiscal year 2015. This total is down almost 4.3 percent from the previous year.

In an interview, Freshii CEO Matthew Corrin said his company has received "dozens and dozens" of inquiries from Subway franchise owners interested in opening Freshii locations.

"The spirit of this open letter is saying, 'Look, this is already happening, and it's going to probably accelerate, we believe,'" Corrin told CBC News.

According to the letter, he average cost to convert a Subway location to a Freshii location would be $75,000 US.