The future of ecommerce &amp; online shopping in 2014 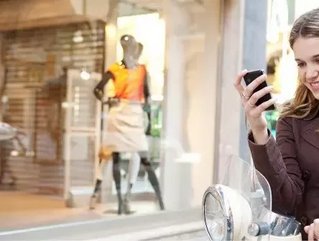 So January is here, but what will the New Year mean for the future of ecommerce? Will 2014 finally be the much-heralded year of mobile shopping?

If the online sales figures reported by some of the world's largest retailers are anything to go by, 2014 will certainly be a pivotal year.

The way shoppers are purchasing goods of course continues to change too. Any retailers who have neglected to optimize their website for mobile usage will soon be left behind. And the figures show 56 percent of traffic to the John Lewis website on Christmas Eve came from mobile devices, while this rose to a massive 76 percent on Christmas Day. With around 56 percent of Canadian's being smartphone users and around 1 in 4 people owing a tablet device, it is definitely time for those who haven’t already optimized to make the move to mobile.

Online shopping will continue to grow and grow

Millions of people in Canada were said to have started browsing the sales early with retail experts estimating that six million transactions were processed on Christmas Day. Showing the rise and rise of ecommerce, online shopping in December broke all previous records with more than three billion visits to shopping websites taking place.

On the whole, Christmas 2013 consistently outperformed Christmas 2012 on virtually every single shopping day throughout the month.

But what does this mean for 2014? One thing is for sure, gone are the days of traditional January sales. With the rise of mobile and tablet usage and the increasing dominance of ecommerce, retailers got wise and brought their sales forward.

2014 looks set to be a year of innovation and development. Mobile shopping emerged as a key driver of sales in 2013, something that is set to continue in 2014, though perhaps in a slightly different way.

Shoppers want choice, but they also want things as quickly as possible. Using a mobile allows shoppers to purchase items on the go, but unlike shopping in the traditional sense, they still have to wait for their items to be delivered. This is set to change in 2014 with more and more retailers adopting click and collect. Click and collect brings retailers closer to their customer, allowing them to offer a personal and convenient service.

Also this year, expect to see retailers adopting click and collect. Unlike retailers which make you wait a day for delivery before you can collect your goods, consumers increasingly prefer to reserve goods online and collect them just an hour later in-store.

While for those with no bricks and mortar premises, expect more and more retailers to go down the ASOS route of utilising the Collect+ service. Giving customers the convenience to collect and return their online purchases at their leisure, Collect+ utilises 5500 corner shops around the country – many of which are open 7 days a week from early until late.

Click and collect won’t replace delivery entirely though,  rather than having to go and collect goods themselves many customers still like the convenience of having goods delivered to them. Retailers know this and as a result of customer feedback, 2014 will see faster delivery times – the Micros Online Retail Delivery Report showed that 68 percent of retailers currently offer next day delivery, compared to 61 percent last year. 2014 could also see Sunday deliveries becoming the norm too – whilst something that is relatively unheard of but something that Amazon has now begun to trial to its Amazon Prime members. Perhaps something that many retailers will adopt this year?