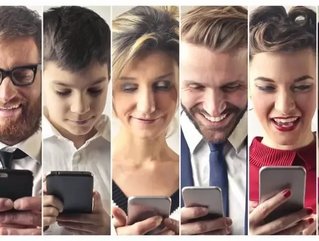 Global sales of smartphones came to 344 million units in Q2 of this year, which is a 4.3 percent increase compared to the same timeframe last year. Five of the world’s top 10 phone vendors showed growth: Huawei, Oppo, Xiaomi, BBK Communication Equipment, and Samsung.

Anshul Gupta, Research Director at Gartner, said: “Demand for premium smartphones slowed in the second quarter of 2016 as consumers wait for new hardware launches in the second half of the year.

“The top five smartphone manufacturers together continued to gain market share in the second half of 2016 – up from 51.1 percent to 54 percent year on year, led by Oppo, Samsung, and Huawei.”

In Q2 of 2016, Samsung had nearly 10 percent more market share than Apple. It saw sales of its Galaxy A and Galaxy J series compete strongly with Chinese manufacturers, and its improved smartphone portfolio has helped it win back shares lost in emerging markets.

Apple is continuing its downward trend, with a decline of 7.7 percent in Q2. Sales have lessened in the US – its biggest market – and Western Europe, but even worse in Asia where sales dropped a massive 26 percent. However, in Eurasia, Sub-Saharan Africa, and Eastern Europe, Apple is enjoying growth of around 95 percent year-on-year.