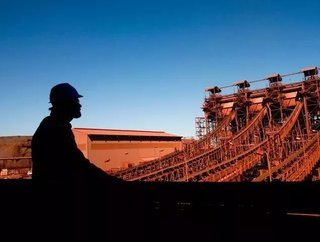 Hell hath no fury like a mining company scorned.

Anglo American, a multinational mining firm based in the UK, has announced it will cut roughly 35 percent of its global workforce -- 53,000 jobs, including 6,000 office jobs – after it reported a massive $3 billion writedown during the first half of 2015.

Anglo American reported a first half profit before tax of $1.9 billion, 36 percent less than in the same period last year. Despite declining commodity prices, Mr. Cutifani has steered Anglo American in the right direction, helping to improve productivity and costs since taking over as CEO in April 2013.

"We very deliberately started with the engine room. In my experience in driving major change it is very difficult to take on the engine room and overheads at the same time because it creates confusion. Now we are in the second phase, which is certainly necessary because of market conditions," he said. "We need to do a lot more because prices are continuing to deteriorate."

In addition to job cuts, the mining firm is expected to sell some of its assets. The company is expected to go from 55 assets to 40, which should generate at least $3 billion in proceeds from the sales.

“We will deliver on the $3 billion. Where we ultimately get it will depend on the market and the opportunities at the time,” Mr Cutifani said. “We will not sell high quality assets or assets we consider to be core to the business to cover the dividend . . . We would not look at cutting into the core of the business.”

According to Mining Global, Anglo American is also expected to cut capital expenditure, targeting an additional reduction of $1 billion by the end of 2016.

"We have cut production and closed mines in coal in Canada and Australia in particular. We’ve shut three platinum shafts, cutting 24 percent of our own mine production and we’ve pulled back production guidance in diamonds,” said Cutifani.

"We are responding to the market and making the changes, unlike some who talk about it but don’t do that much."