Global’s DAX expands to US through acquisition of AudioHQ 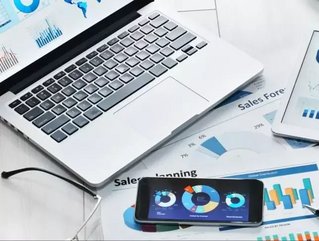 AudioHQ poses as an exciting prospect for DAX, not only in the fact that the company has grown 330% in the past two years, but the acquisition will also make DAX the largest digital audio advertising platform in the world.

Big name brands including Slacker, Major League Baseball, TuneIn and SoundCloud already use AudioHQ’s services, catering to an audience of 130mn. As a result, DAX will now give advertisers access to 160mn people worldwide.

“We launched DAX in the UK in 2014 to offer advertisers a simple way to reach the growing number of people consuming digital audio,” said Stephen Miron, CEO of Global. “AudioHQ is a very impressive business with strong client and publisher relationships and a really great team.”

The move successfully see’s Global expand its operations, giving it a footprint in the US with offices in New York, Los Angeles, Chicago and Detroit.

“A natural next step for us was to take DAX to the US. DAX has revolutionised the digital audio advertising market in the UK, and we’re confident it will be a huge success in the US,” Mirron continued. “For Global, this acquisition is a significant milestone as we enter the US advertising market.”

Matt Curter, CEO and Co-founder of AudioHQ, will run the US operations of DAX alongside fellow Co-founder Jeff McCarthy, both of whom will retain a stake in the business, in addition to keeping their existing team, despite the acquisition.

“I’m looking forward to leading the business in the US, and working with the Global team,” Curtair said.