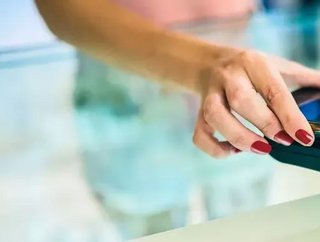 Multinational corporation General Motors (GM) , banking group Goldman Sachs and Mastercard are collaborating on the creation and delivery of co-branded rewards-based credit cards in 2021, according to a joint release.

Set to run from September 2021, Goldman Sachs will be the issuing bank for GM’s credit card programs, while Mastercard will be the network of choice.

With the aim of driving innovation in loyalty, digital and next-generation payment initiatives, according to Linda Kirkpatrick, president of North America, Mastercard, this partnership reunites Mastercard and GM and introduces the innovative spirit of Goldman Sachs.

This follows the recent purchase by Goldman Sachs of GM’s credit card business for US$2.5m.

“We chose to partner with Goldman Sachs because of their proven ability to innovate,” announced Chuck Thomson, GM general manager of retail sales and marketing support. “The foundation of this partnership, including our continued work with Mastercard, is our shared values – to put the customer at the center and deliver exceptional experiences.”

GM has been developing co-branded rewards card programs since launching its first consumer card in 1992. Since then, millions of customers have redeemed earnings toward the purchase of brand-new GM vehicles, including Chevrolet, Buick, GMC and Cadillac.

Omer Ismail, global head of Goldman Sachs stated that they were “excited to partner with GM to reimagine the credit card experience for GM customer, and that the focus would be on “delivering a simple and transparent experience that helps customers manage their spending and borrowing needs better”.

The Wall Street giant is making a major push into consumer banking, having partnered with Apple in the creation of the Apple Card, and most recently signing up card issuing platform Marqeta to help deliver its first digital current accounts.