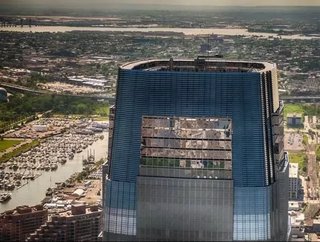 Google’s new CFO Ruth Porat has probably not even officially started her job yet and she’s already getting advice from Goldman Sachs on what to do. Investor’s Business Daily (IBD) reports that, according to a research report written by Goldman Sachs analyst Heather Bellini, the investment firm thinks Porat should start by “increasing transparency on YouTube and other parts of the business and making better use of the search leader's $65 billion cash balance, perhaps with a stock buyback.”

Bellini adds that sustaining revenue growth for Google will be tough because their core search business is maturing and it faces stiff competition from Apple, Microsoft and Facebook. For example, Apple ended 2014 with $178 billion in cash—compare that to Google’s holdings—and has increased its shareholder returns. Google, as Facebook, doesn’t pay a dividend or repurchase shares.

Writing in her report, Bellini adds, “We see top-line challenges ahead and, depending on how Google decides to invest, there could be considerable impacts to cash flow and profitability."

[Related: How Google will be affected when Ruth Porat becomes CFO

Mystery seems to be what characterizes Porat’s start at Google, with the market anxious to know its near-term future maneuvers. "Google is holding around $65 billion in cash with about $40 billion of this held offshore, yet we have little idea of how Google plans to make use of this…We would like to better understand Google's cash needs, the view on buying back stock, the potential for Google to pay a dividend, and the appetite to raise debt," added Bellini.

Previously, Porat was CFO at Morgan Stanley where she worked through the financial crisis, helping the investment firm get back on solid footing. She is expected to debut in her role as Google CFO at the company’s Q2 earnings conference call in mid-July.

Bellini’s report illustrates the complexity of Google’s business operations and what questions this raises for advertisers searching for ROI.

[Related: A portrait of American finance in the age of the millennials]

"As Google matures, the metrics it provides need to mature as well…We categorize Google into four distinct businesses (desktop search, mobile search, display and YouTube) which are each at very different points of their maturity, are experiencing different pricing and click dynamics, and represent different return-on-investment to advertisers,” wrote Bellini.

Bellini’s report also demonstrates some frustration with the inability to accurately measure Youtube’s—owned by Google—true earning potential. "To date, Google has yet to give firm revenue breakouts for YouTube and there have been mixed data points surfacing from news sources. In February, the Wall Street Journal reported that YouTube generated $4 billion in revenue but still was not a profitable business. With the potential for TV ad budgets to begin shifting to online and YouTube's reach, we believe the asset has strong prospects, yet we still struggle to understand the current state,” wrote Bellini.

It’s likely that as more and more questions are answered and Porat settles into her new role, the many questions by financiers, concerning Google, will be answered.