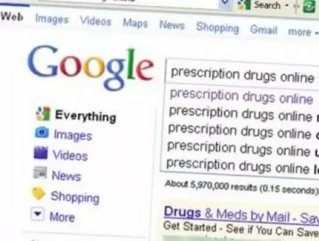 It’s just been announced that Google has accepted responsibility and has agreed to pay $500 million to settle government charges due to its advertisements for pharmacies that operate illegally around the nation. It will be one of the largest forfeitures ever paid in the U.S., according to an announcement made by the U.S. Justice Department. The Department conducted an investigation back in May when Google disclosed in a regulatory filing that it had set aside $500 million for a potential settlement of a federal investigation into its unorthodox advertising processes and practices.

Allegedly, at the time of the investigation, the Department was concerned about ads for online pharmacies that sold counterfeit drugs or sold drugs to consumers who didn’t have legitimate prescriptions. The fee reflects how much revenue Google generated from the advertising made through Canadian pharmacies and the gross revenue pharmacies made from sales to U.S. customers.

“We banned the advertising of prescription drugs in the U.S. by Canadian pharmacies some time ago,” an e-mailed statement from Google said Wednesday. “However, it’s obvious with hindsight that we shouldn’t have allowed these ads on Google in the first place. Given the extensive coverage this settlement has already received, we won’t be commenting further.”

Under the terms of the settlement, Google acknowledged that it helped Canadian online pharmacy target ads for illegal organizations through its AdWords platform. Google must also follow a “number of compliance and reporting measures” to make sure similar conduct does not happen in the future.