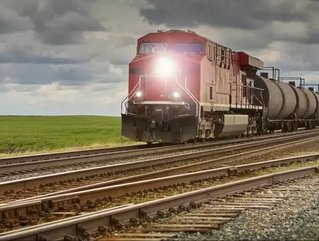 Canadian Pacific Railway Ltd has revealed a 13% rise in revenues to $1.64bn for the second quarter of 2017, with a record operating income of $679mn for that period.

The railroad operator has put the positive news down to higher-than-expected shipment levels of some of its key commodities, especially grain and metals.

Revenues from grain shipments specifically – its biggest market - rose by over 20% for the three months up to June, a figure to the tune of $363mn.

“Strong volumes across many of our key business segments, combined with disciplined cost control, produced record operating income and earnings for the quarter.”

Creel hasn’t been in the post for long, having taken over from Hunter Harrison at the beginning of the year after CP’s annual revenue fell for the first time in 2016.

CP has a 22,500km network stretching from the Port of Vancouver to the Port of Montreal, while also extending to key US industrial centres such as Chicago, Washington D.C. and New York City.

According to its press release, the company’s improved financial picture has been ‘driven by strong top-line growth and continued margin improvements produced by its industry-leading operating model and its 12,000 talented railroaders’.