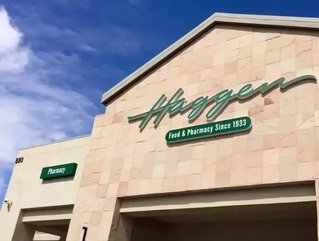 In early 2015, Albertsons and Safeway officially divested 146 locations throughout California, Oregon, Washington, Nevada and Arizona to an up-and-coming Washington-based regional grocer called Haggen. At the time, the benefits for both chains seemed clear: the divestiture allowed Albertsons and Safeway to merge without incurring the ire of the Federal Trade Commission; meanwhile Haggen, little known outside of the Pacific Northwest just months ago, had its presence along the West Coast exploded almost overnight.

But it was not a smooth transition. Haggen has struggled with the massive expansion from the start, facing criticism for offering the same product at higher prices and attracting negative attention with an error that caused nearly 1,000 products to be significantly overpriced at some California locations. In July Albertsons hit Haggen with a $41.1 million lawsuit, accusing Haggen of not paying for inventory at 38 of the stores it acquired. Then in August, Haggen announced that it would be closing 27 of its new locations.

Now what started as a rocky transition is bursting at the seams altogether: this week Haggen filed a lawsuit against Albertsons LLC and Albertsons Holdings LLC , seeking more than $1 billion in damages. The allegation: that Albertsons “made false representations to both Haggen and the FTC about Albertsons’ commitment to a seamless transformation of the stores into viable competitors” and engaged in “coordinated and systematic efforts” to eliminate Haggen as a competition.

In a press release issued by Haggen, the grocer alleges that Albertsons deceived the FTC by bringing a new competitor into a wider market, all the while engaging in a number of “malicious and unfair actions” to maintain its dominance on the supermarket landscape and eliminate Haggen as a competitor. Some of these alleged actions include: providing “false, misleading and incomplete” retail pricing data (triggering mistakenly inflated prices); illicitly accessing Haggen’s confidential data to gain a competitive edge and time promotions to undermine Haggen grand openings, and; deliberately understocking certain inventory just before conversion to prompt frequent out-of-stock situations, while overstocking perishable inventory forcing Haggen to throw away and waste “significant amounts of inventory it paid for.”

“Albertson’s anti-competitive conduct caused significant damage to Haggen’s image, brand, and ability to build goodwill during its grand openings to the public,” reads the lawsuit filed by Haggen. “Albertson’s unlawful acts destroyed or substantially lessened the economic viability, marketability and competitiveness of the [Haggen] Stores, depriving consumers in each of the Relevant Markets the benefits of substantial competition from a new market entrant.”

What does Haggen hope to gain with this lawsuit? If the United States District Court for the District of Delaware finds truth in these allegations, $1 billion could significantly help Haggen regain a foothold in its new markets without having to fold any additional locations (a very real possibility for the chain at the moment). It would also send a strong message that all’s not fair between competing brands, and deals made in good faith must be upheld without any fear of misdirection and subterfuge.

The risk in the lawsuit is that, if the District Court finds favor with Albertsons in this case, it could send Haggen even further into tailspin. But with the problems it’s already facing, and with its relationship with Albertsons already deteriorated to this point, Haggen has little to lose in this fight. If Haggen is successful, the consequences for both brands could be major.

Albertsons had no comment at press time, but is expected to issue a statement later today.