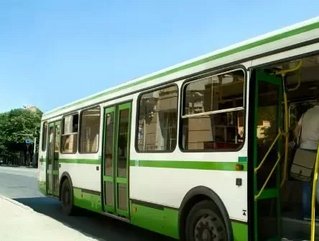 The two sides are fighting over new contract terms and have been since the previous contract expired in September of last year. There are 70 issues with the contract that the Amalgamated Transit Union Local 508 (ATU) is not happy with including privatizing certain services such as Access-A-Bus and changing scheduling to a roster format.

The two sides have been in negotiation since January 12th of this year, when HRM gave a final offer to the union which the union rejected, producing a counter offer. A conciliator was brought into the melee but threw in the towel on January 18th, stating to the Labour Board that the bargaining had come to an impasse.

As time ran out for an agreement to be reached without a strike, the HRM gave a new proposal on January 30th that made some concessions such as removing contracting-out language and making Metro Transit operators the highest paid in the company.

This offer was rejected, with 98.4 percent of the union voting no. The strike began at 2 a.m. this morning.

According to CBC News, the Halifax regional council is holding an emergency session to discuss the strike.

While the two sides wrangle, over 55,000 people are left without transport and with little recourse to protest or influence a quicker return of service. One can’t strike a strike. Most are walking and seeking alternate modes of transportation.

Metro Transit customers are advised to check the Metro Transit portion of the HRM website at www.halifax.ca/metrotransit for updated information. Information will also be shared by @hfxtransit on Twitter and through the HRM call centre at (902) 490-4000.