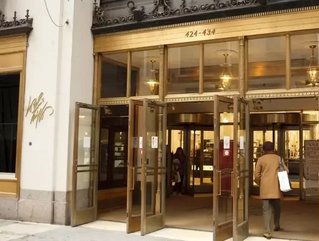 Hudson’s Bay Company (HBC) has announced that it has raised C$1.075bn through the sale of Lord & Taylor’s flagship New York Fifth Avenue store to WeWork, whilst simultaneously securing a $632mn investment from Rhône Capital.

The deals are a series of strategic transactions with WeWork, Rhône Capital and WeWork Property Advisors, a joint venture between both WeWork and Rhône.

HBC will continue to run the Fifth Avenue store until the end of next year, where after it will be converted into the new headquarters of the successful office-space sharing startup, WeWork.

“The acquisition by WeWork Property Advisors of the Lord & Taylor flagship building on Fifth Avenue is a statement of intent and commitment by WeWork to New York City,” said Adam Neumann, CEO and Co-Founder of WeWork. “As a business with an emphasis on human connections in physical spaces, we will continue to create jobs within this city while simultaneously re-energizing the traditional retail experience.”

However, as part of the deal, the building will still retain a smaller Lord & Taylor store.

“HBC and WeWork have been working together to reimagine retail environments for current and future generations,” said Richard Baker, HBC's Governor, Executive Chairman and interim CEO. “This is a transformative partnership that rethinks how retailers create exciting environments and leverage less productive space, while substantially improving the value proposition.”

The further $632mn of the total $1.7bn raised will come from Rhône Capital, a financing firm that has worked closely with WeWork on its real estate deals previously, through an equity investment that will see the firm securing 51mn preferred shares.

“We are excited about our investment in HBC, and we look forward to partnering with Richard and his team to recognize the long-term value potential of this amazing company and their strong global brands,” said Steven Langman, Managing Director of Rhône. “We believe the partnership with WeWork to redefine retailing and reactivate less productive space throughout the Company's global real estate portfolio will put us in a leadership position and add significant value to HBC shareholders.”

The news comes in the same week that HBC CEO Jerry Storch stepped down, With the company's Govenor and Executive Chairman set to replace him on an interim basis.