HBC receives offer from Signa for its Kaufhof unit 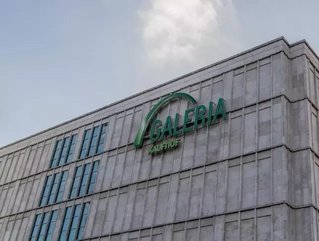 Hudson's Bay Company (HBC) recently revealed that it has received an offer from Austria's Signa Holding for its German Kaufhof unit.

In responding to the market speculation, the company released a statement as follows: "The company confirms that it received today an incomplete, non-binding and unsolicited offer with no evidence of financing from SIGNA Holding GmbH, the owner of the company's principal German competitor, to acquire the company's German business, as well as other real estate assets."

The company has recently looked to expand its European operations, having ventured overseas and opened a number of new stores in the Netherlands, moving outside of Canada for the first time in its 347-year history.

"As we've previously stated, our European business is an important element of the Company's strategy. HBC remains focused on executing its strategy and plans for the upcoming holiday season," the company continued.

However, despite increasing emphasis on its operations abroad, many analysts are urging HBC to take the deal should the valuation be right.

The company's shares surged for the first-time in a while off the back of the announcement, with its own investors having urged the company to sell its property as a cheap and easy means of raising capital.

Should HBC pursue negotiations, it could lead to two sales in quick succession, with the firm having also sold its flagship New York Fifth Avenue building to WeWork for a fee of over $1bn.