Holding the Line on Unemployment in Canada 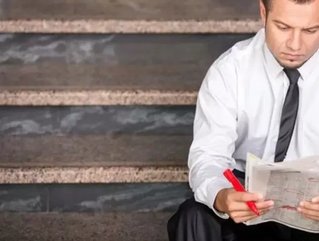 Things could be looking up for the job market in Canada.

Although there are still obstacles to be overcome as Canada continues to recover from recession, recent statistics show a promising drop in unemployment rates.

Some sectors are doing better than others, and some geographical areas have led the way when it comes to adding new jobs, but overall the unemployment picture in Canada is slowly improving.

So just what does the unemployment scene look like in Canada just now? Where are the particular strengths and weakness and how do things look going into 2015?

Statistics from Trading Economics show that the unemployment rate in Canada fell to 6.5 percent in October 2014, down from 6.8 percent in September.

That's good news for people of working age in Canada, marking the lowest unemployment rate since November of 2008, a positive sign that the Canadian economy is continuing to recover from the recession.

As unemployment drops, employment rates have also risen for the second month in a row, showing an extra 81,000 full time jobs as compared to the same time last year.

As statistics go, an increase of 81,000 jobs isn't a strong figure, but there is hope that these figures show the continuation of a slow but steady change in the Canadian labor market.

Areas of Growth in Canada

Some industries and geographical areas have seen a particular upswing of late.

Construction and real estate have been doing well, along with health care, finance, insurance, retail, food service and accommodation.

Workers in these areas can hope to benefit from the slow but steady growth of jobs, with real estate and construction showing greater growth than many other areas.

Job growth is also linked to geographical location, with Ontario, Alberta and Saskatchewan leading the market for rising employment and creation of new jobs.

For other industries, the news hasn't been so good.

Jobs in educational services have jobs, a fact which may have been influenced by the teacher's strikes in British Columbia.

Elsewhere, Toronto-Dominion Bank predicts that unemployment rates in certain areas will stay about the national average of 6.5 percent going into 2015. They predict unemployment of more than 7 percent in Quebec, New Brunswick and Nova Scotia, rising to more than 11 percent in Newfoundland, Labrador and  Prince Edward Island.

Unemployment is stressful for Canadian workers just as it is in the U.S. and elsewhere around the world.

As the article "Recently Unemployed? Here's What You Should Know About Health Insurance" points out, the risk of losing health insurance if a job ends is a very real stress for workers.

As well as worrying about medical bills, Canadians facing unemployment have to face worries about daily living expenses and the chances of finding another job, depending on their industry. This can lead to some workers becoming disillusioned or taking lower paying jobs as a way to survive.

The unemployment picture in Canada right now is a mixed one, but with plenty of signs that things are changing for the better, giving Canadian workers hope for a more secure future.

With the International Monetary Fund predicting that Canadian unemployment will keep falling into 2015, the overall signs are good for Canada's job market.

About the Author: Tristan Anwyn writes on a wide variety of topics, including social media, SEO, unemployment rates and home businesses.