From Hollywood to Hamilton: Five big projects coming to Canada 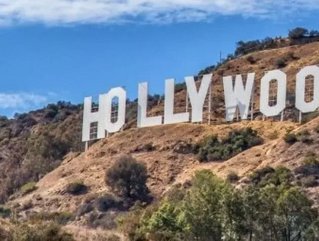 We all need a little entertainment, right? It should come as no great surprise that a popular pastime for many households is watching movies or TV shows. Though Hollywood and/or New York City may seem like a common place for filming to take place, some big projects have already filmed in Canada and more are planning to follow the trend!

Specifically speaking, Hamilton seems to be a hot spot for projects. For example, various X-Men and Hulk battle scenes have previously been filmed in the area, as well as a scene in Silent Hilt. Not to mention, the famous Robocop originated in the area.

Between great tax breaks and how diverse the city truly is, Hamilton is becoming a great place for TV and movie crews to set up shop. Take a look at some fun projects that will soon be coming to the area near you:

A highly anticipated film, Suicide Squad will be filming in Hamilton this summer. An ode to the villains that appear in the DC comic books, the film stars Will Smith, Margot Robbie and Jared Leto and is scheduled to be released in August 2016.

Perhaps you’ve already seen or heard of this critically acclaimed TV show? Based on the novel by Thomas Harris, the program can be seen on NBC and will air its third season this June. Since production began in 2012, the show has been filmed in Canada.

The Strain premiered last summer on FX and has since been renewed for a second season. The series falls into the “horror” genre and centers on the subject of vampires. The program is based on three books by Chuck Hogan.

It looks like Heroes, which first aired back in 2006, is getting a reboot—well, kind of. The show will be filming in Hamilton in the upcoming months and will premiere on NBC in the fall of 2015. The new version is being dubbed a “miniseries” and will contain 13 original episodes.

RECENT TOPIC: Show me the money: financial mistakes to avoid in your 30s

Out of all of the projects listed above, this is most likely a show that you may not be overly familiar with. Hemlock Grove is a Netflix original series that originally debuted in 2013. Not as popular as other Netflix originals, such as House of Cards or Orange is the New Black, Hemlock Grove films in Canada and has recently been renewed for a third and final season. The show falls into the category of “supernatural horror.”

RECENT TOPIC: Hit and run for Ryan Reynolds in Canada and other celebrity accidents