How to avoid debt early on and ensure success 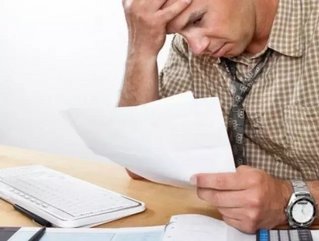 Debt is becoming more and more common—for everyone! That’s right, even professionals who have earned university degrees are being affected by the negative impact of debt. In fact, according to newly released data from Statistics Canada, many of those who are living in thriving regions like British Columbia, Alberta and Ontario and earn at least $100,000 a year are in debt for close to two times their salaries. But why?

The same data also revealed that 71 per cent of all Canadian families held a form of debt in 2012. And while this number did include mortgages, it included something else: money borrowed for new cars, new kitchens and new clothes. Yes, the majority of debt comes from spending and splurging with credit cards. Therefore, the Canadian debt nation is believed to be mostly made up of middle and upper earners.

RECENT TOPIC: As banks in Canada decrease pay packages, should CEOs be worried?

At one time, Canada used to be thought of a nation that did well at saving money. Specifically, in 1982, 20 per cent of all annual income was saved. But over time, that number has significantly lowered. In 2014, the per cent of annually income that was saved was just three point six, while the combined amount of debt for the country totaled $1.82-trillion.

The numbers are in and they aren’t good! Statistics Canada reported that households with at least $100,000 or more in total income account for 37 per cent of all debt in Canada, while those who earn at least $50,000 but less than $100,000 represent 38 per cent.

Therefore, the debt level in Canada has been determined “unsustainable” and in need of monitoring. Unfortunately, Canadians seem to get into a pattern of debt at an early age, which means they are living with debt longer.  Specifically, the younger citizens acquire debt mostly due to students loans for college and then, of course, by taking out various credit cards.

However, the majority of household debt is actually what many consider to be middle class living: educations, vehicles and nice homes. While incomes haven’t increased much throughout the year, prices have considerable gone up. Therefore, something had to fill this gap: credit cards—quite the vicious cycle.

RECENT TOPIC: Learn how to sell your business