How much oil has Caelus found in Alaska? 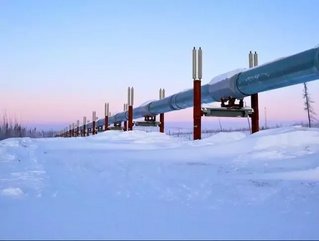 Oil exploration and production firm Caelus Energy has claimed to have found what could be one of the biggest finds Alaska has seen.

The company announced on Tuesday that its subsidiary, Caelus Energy Alaska Smith Bay LLC, has made a significant light oil discovery on its Smith Bay state leases on the North Slope of Alaska.

Based on two wells drilled in early 2016 as well as 126 square miles of existing 3D seismic, Caelus estimates the oil in place under the current leasehold to be six billion barrels. Furthermore, the Smith Bay fan complex may contain upwards of 10 billion barrels of oil in place when the adjoining acreage is included.

Due to the favorable fluids contained in the reservoir, Caelus expects to achieve recovery factors in the range of 30-40 percent. Additional drilling and seismic should improve estimates of oil in place via delineation of undrilled fan lobes and channel complexes imaged on the original 3D seismic.

Caelus CEO Jim Musselman said: “This discovery could be really exciting for the State of Alaska. It has the size and scale to play a meaningful role in sustaining the Alaskan oil business over the next three or four decades. Fiscal stability going forward is critical for a project of this magnitude. Without the state tax credit programs, none of this would’ve happened, and I’m not sure Caelus would’ve come to explore in Alaska. We’re proof that the credit programs work.”

The Smith Bay development has the potential to provide 200,000 barrels per day of light, highly mobile oil which would both increase Trans-Alaska Pipeline System (TAPS) throughput volumes and reduce the average viscosity of oil in the pipeline, extending its long term viability.

Caelus is currently planning an appraisal program which will include drilling an additional appraisal well and acquiring a new 3D seismic survey over outboard acreage. The appraisal program will enable Caelus to confirm reservoir continuity, optimize future drilling locations, and ultimately increase reserves.